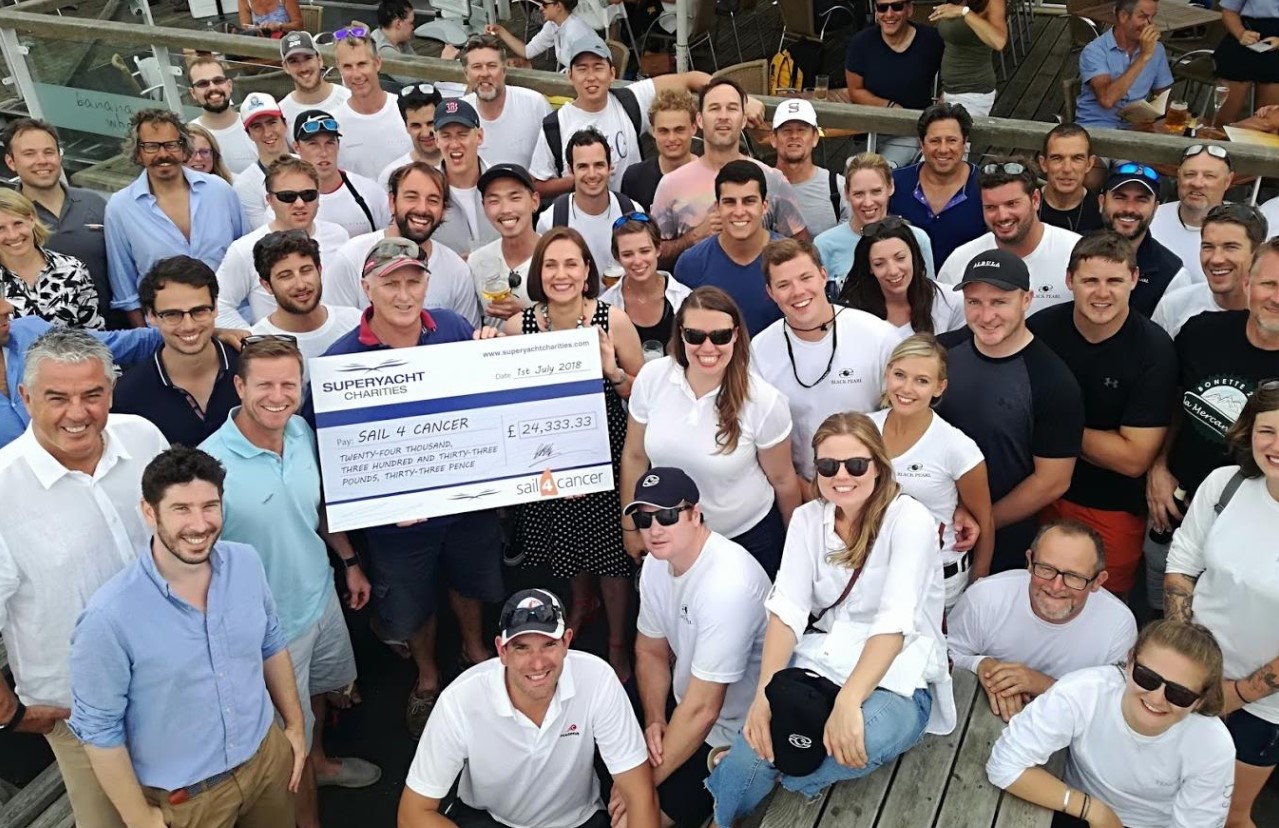 Just over a week ago, crews from around Europe took to the water of the Solent to see who would take home the prizes. This was the seventh year this event has been organised by ISS using a one design charter fleet to guarantee some close racing. In recent years this has been in collaboration with the Superyacht Charities foundation, who have taken care of the fund-raising, once again this year in support of Sail4Cancer. 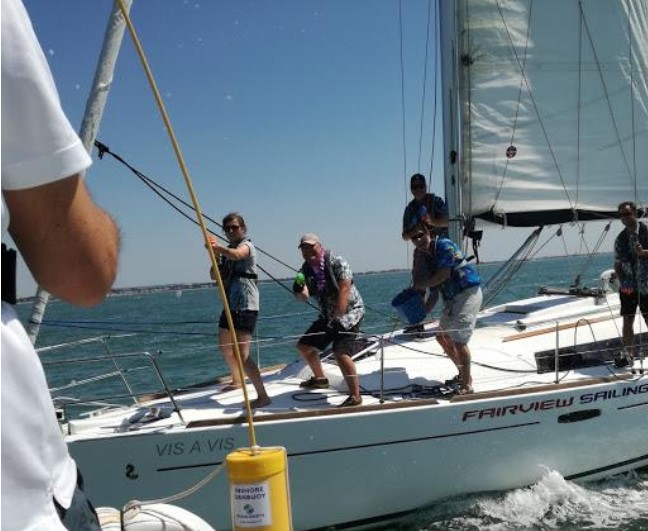 As usual the crews assembled on the Friday evening for a curry evening held at Banana Wharf in Hamble, although later in the evening many were found over at the King and Queen…

Saturday Morning brought light winds and plenty of sunshine. Our excellent Race Officer, Chris Jackson was able to get us through four races in the day, although at one point we were all parked at the leeward mark while the wind died and then swung through 180 degrees. The second Race was designated our Pirates Race with a discretionary time discount to be applied for ‘good
pirating’. The crew of Black Pearl must have misunderstood about ‘non-marking’ projectiles used for the boat-to-boat combat and elected to use eggs as an alternative to water balloons!

Saturday evening’s dinner was a BBQ at the Island Sailing Club. This was also our fundraising exercise with £500 coming from the raffle and over £100 from the Kings & Queens competition.
Black Pearl also kindly offered a crew gilet for auction which brought a further £220. At the half-way mark Pendennis Shipyard were two points ahead of Lateral Naval Architects om aggregate and had taken first place in the Pirates Race, making short work of the bottle of Rum presented by Charles Douglas. Later that evening many ended up in the Anchor pub to marvel at Stephen Hills’ dancing moves to the tunes provided by Dirty li’l Secret. Strangely apt…

Sunday saw a lovely sunny day, but very little wind and we only managed to fit in three races. This included the Ladies Race for the fabulous Trimline Rose Bowl and the deciding races to see if Pendennis could be displaced in the top slot. As is often the case, several teams got into the spirit of the event hand were sporting custom tees.

While we were all gathered for the prizegiving, the Chairman of SYC, Derek Munro (2017 ISS Business Person of the Year) supported by several Trustees and Ambassadors, took the opportunity to present a cheque for £24,333.33 to Lizette Niekerk of Sail4Cancer as their share of the funds raised at the recent charity ball held in Southampton where so many industry colleagues gave so generously.

Special Thanks to Nigel Spooner for the Saturday BBQ arrangements and Lorna at Fairview for supporting us all so well. 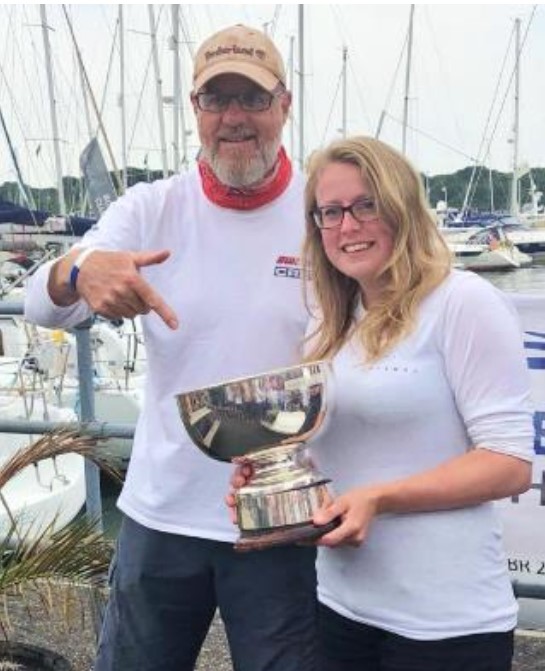 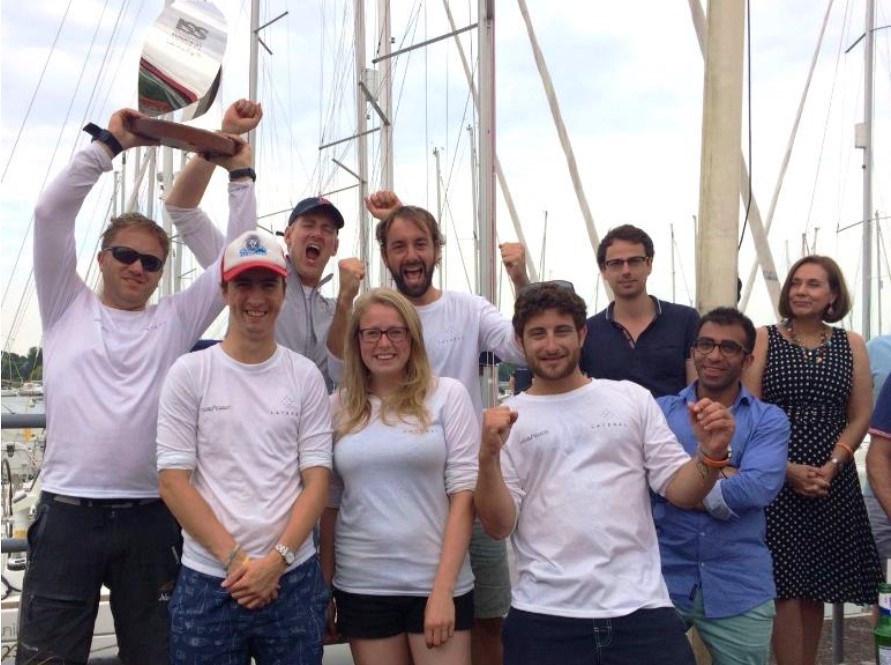 Discards shown in red,
* Ladies Race – not to be discarded 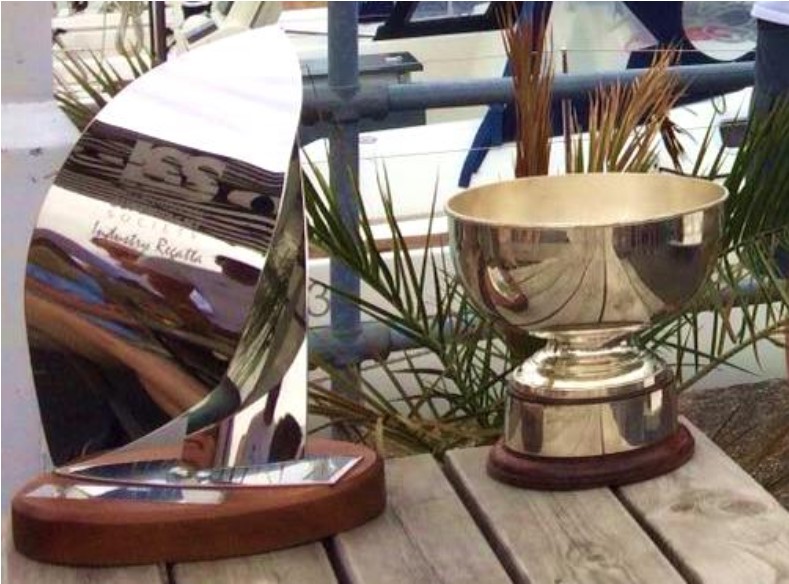